Was Desolation Station in the build or files at all? That one looked the most interesting to me. Not that I'm complaining, I'll take all the BF3 maps I can get. Also with regards to the tatooine map I believe there was a screenshot of the layout in an editor posted earlier, so while still a pain at least there would be a reference point for rebuilding it.
Top

RookieOne wrote:Was Desolation Station in the build or files at all?

Yup, it is. In fact, it's the only map you can actually load into the model converter IIRC. The other maps are actually just the collision files. But I can't convert it because I didn't pay for the software. I only have the free trial which lets you view the model.
Top

RookieOne wrote:Was Desolation Station in the build or files at all?

Yup, it is. In fact, it's the only map you can actually load into the model converter IIRC. The other maps are actually just the collision files. But I can't convert it because I didn't pay for the software. I only have the free trial which lets you view the model.

Here is the collision and the main model you could probably take different parts from both and make a detailed map.
http://www.mediafire.com/file/jdzp68k4d ... tation.rar

But note if you guys do ever go about making this map it was on a really big asteroid that had a atmosphere with a big outside areas and a small cave system connecting to part of the base.
Top

First of all: The open beta will come very soon. Things might had to be delayed, some assets were needed during the past weeks....It's just not very much until we release the beta.

@Teancum: The maps, where you said they didn't exist, are moved far away from position 0,0,0. Like the Acclamator Interior. I think it is far in the bottom. In XSI it could be easly seen.

@All: When it comes to maps I have always said, I wouldn't be making any more. Because of time issues, real life, and to keep the mod "small" enough and to have it released in its full version with at least one map, as many heroes as possible, two eras and some new things. However during the past 2 weeks I had plenty of time. And...one of the most requested things here (and there at YT ans especially at moddb...) were more maps. And after checking some interesting topics here from now to back then...I realized that one map was one of the most requested ones: Cato Neimoidia. A few months ago I said, I didn't want to make one because there was one in development already and...I also said no more maps. Until now. I decided to put my hands on the Cato Neimoidia map model which was released some time ago.

I started texturing and improving the parts about ~1.5 Weeks ago. This map will be released with the Final Version and wouldn't take very long to make since most of the mod is finished already (When it comes to Sides, Vehicles, Heroes....Common things such as Command Posts, the HUD, Sounds....).

The Coruscant map is finished already. The GCW sides are also doing well.

Code: Select all
-Interiors
-One last Building Exterior (The rotunda like building at the other end)
-Props (Such as trees, small boxes and more detail)
-New stone archs (The current one is way too big)
-Background Objects (Such as other hanging cities, mountains, a fog ground)
-Sky, SpaceGround Transition
-Effects (through .fx editing and real world effects)
-Ambient Sounds
-Additional (minor) bugfixes
-Spaceships (From the Coruscant map as .obg files)
-Game modes transferred from the Coruscant map
-AI pathing (Plannings, Barriers, Hint Nodes, Flyersplines)
-A Boundary
-Others

I hope you like the progress so far. A more official update about this map as well as about the GCW units and vehicles will come as soon as the Open Beta is released.

A big thanks to AceMastermind for extracting the World Textures for me.
Top

Looks amazing! I'm glad to see a Cato Neimoidia map since the previous WIP map seems to have stopped its progress.
Top

I absolutely agree on this!
#hyped

I just want to play around on Coruscant.
Top

Some quick thoughts and suggestions based on a viewing of https://youtu.be/aX7U6KXSwBo

- What's the time of day supposed to be in the map? Because it's impossible to tell from the lighting and sky; the lighting tells me midday or dusk, whereas the sky tells me night.
- Hangar lighting needs improving, it should be relatively dark since it's only being lit by the hangar lights. I suggest setting up a directional light for the hangar and binding it to a region that encompasses the hangar so only the units and vehicles within the region will be affected by it. (see Death Star for great examples of this)
- TIE cockpits feel way too claustrophobic.
- Star Destroyer exterior mesh needs serious work, needs to be much more detailed, as do the textures.
- There should be visual cues that tell the player where the Star Destroyer's hangar is located. (for example, maybe make the edges of it glow, even if it may not be considered "canon") I'd also recommend adding a force field mesh to the hangar entrance.
- To solve your lighting problem, what I'd recommend you do is have each section of the map be encompassed by a region that's bound to a directional light. Space areas would be bound to a light for the sun (if the sun's supposed to be visible anyway, if not then it should be very very dark); ground light should be pointed straight down towards the terrain if the sun isn't visible and colored slightly brighter than the color of the skydome to simulate atmospheric light bouncing, or pointed relevant to the sun's direction (like you'd normally do it) if it is visible and colored appropriately; and then for each major building interior have a down-pointing light that's colored the same as the room's light sources (if that makes sense; if not, let me know).

Oh, you should also try to include an upwards-pointing yellow-ish light on the ground level that simulates the intense light photons emitted by the city itself.
Top Can I test the Beta?
Top

@Domino: not much. The most is left about the sides.
@willkilla: Thank you

@Issac: Everyone will be able to test the open beta. It will be released:
Hidden/Spoiler:
soon

Me and my brother are extremely excited for this mod (more than we were for EA's game) and I pretty much check this page everyday to see if the open beta is released yet.

We'll definitely play it and report all the bugs. Looks like the best SWBF mod in a long time!
Top 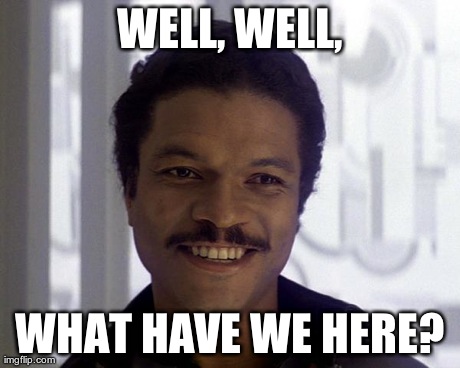 The Open Beta has been released. It contains the full map, one era, three game modes, a new HUD and a modified game launcher.
You can download the beta from the link below. The Beta can be played online; unfortunately I had to remove Supremacy from the Multiplayer list. It kept freezing for me when trying to start a session...I can't promise it will work in the final version, though, however GCW: Supremacy will definitely work in the near future.

The heroes are X2, Obi Wan Kenobi, Anakin Skywalker, General Grievous, Count Dooku and Asajj Ventress. All with their proper voices and music tracks.
Since it's an Open Beta (Or Demo...choose one) there had to be some limitations of course. Only four out of six classes are available from start. There are no gunships. And...again only three game modes.

Installing is very easy. I created an .exe (Thanks to Clickteam's Install Creator). It installs you the new Launcher and of course the map.

So far the mod is pretty fantastic. It looks like a completely new game, the only thing that reminded me of the old game was the respawn screen...

Anyway there are a few issues - the main one is lag. I have a mediocre business level laptop and it runs all aspects of stock SWBF2 at 50-80fps but this mod runs 15-30fps. The other issue is that I can't enjoy the camera moved to the side. I have played the old game so much that I do not believe I could ever get used to a modified camera position. There are also no loading bubbles in the load screen.
Top

@AnthonyBF2: Because of the lags. In the future release, there will be an option in the Face Console which let's you reduce down all World textures. A long time ago you told me how to do so..Unfortunately in this Beta there's no Free Cam nor Fake Console. Also because of the Loading bubbles. I removed them because for me, the game loaded so fast, that I couldn't see when or where the game was loading at which point of time. In the final version there will be a loading bar. But at the moment it's just an empty space.
Top

Lol Face Console... anyway that will be cool. I may also recommended a Fake Console option to set default camera view values.

I played it more and saw some more issues:
- Republic ships were spawning below the map landing platorm, had to fall off the map and press enter on the way down to get in it.
- When CIS reach low reinforcements in Supremecy, (Under 10) the battle just stops and the last few reinforcements do not die ... because they can't be found.
Top

AnthonyBF2 wrote:- When CIS reach low reinforcements in Supremecy, (Under 10) the battle just stops and the last few reinforcements do not die ... because they can't be found.

Did you look for them in space? I found the remaining AI there.

Anyway, absolutely love this mod so far! The only issue I really noticed is that the HUD kinda goes of screen a little. The health bar at the bottom of the screen can't be seen and the stamina bar is overlapped by other HUD images. But in most videos I've seen, this isn't an issue for most players.

Hidden/Spoiler:
For example, in your beta trailer, it looks perfect:

But in this video, the HUD is kinda messed up:

My game's resolution is not the same as the second video so I have no idea what could be causing this.