Show off your mods, get help on a mod, heck, even just have a good time downloading other folks mods. This forum is all about modding for any non-SWBF games.

Yeah I'm intending on making a voiced companion as well, and I am NOT looking forward to the LIP files.

THEWULFMAN wrote:Yeah I'm intending on making a voiced companion as well, and I am NOT looking forward to the LIP files.

If you're thinking about the old method then yeah, it is a pain but i've been using this neat little trick for a while ^^ - http://www.nexusmods.com/newvegas/mods/50900/?

So I decided now that Ellie is so high level (37) that I'd have her grow up into a young adult. Still a work in progress, she has her own face texture with accurate scars and other features (I modified an existing race mod).

I wish the hair didn't cover her right eyebrow up with that distinctive cut on it, but you can stil see it. I think her upper lip could se a little help and where the hair meets the head, but yeah it's great.

THEWULFMAN wrote:So I decided now that Ellie is so high level (37) that I'd have her grow up into a young adult. Still a work in progress, she has her own face texture with accurate scars and other features (I modified an existing race mod).

I wish the hair didn't cover her right eyebrow up with that distinctive cut on it, but you can stil see it.

Looking good! One complaint though.... The fingernails xD they just seem, feel out of place

Fixed the nails, and got her T-shirt in.

Fixed the nails, and got her T-shirt in.

Hey everyone I'm back with some more news on fallout 4. In light of the survivor2299 fiasco its become harder to separate the real deal from the false made up stuff. However I was intrigued by the "leaked" files regarding the intro to fallout 4 and the supposed confirmation of fallout 4 being set in Boston. If you don't know what I'm talking about read this and tell me what you think. http://kotaku.com/leaked-documents-reve ... 1481322956
Top

Yep, been keeping up with it.

I'm doing an overhaul on the damage weapons do. I want it to feel more realistic, and unforgiving. What I've done is set damage to be 1/10 of the amount of joules the impact of the round has, that took a lot of work. I've made a large effort to make this as accurate as I can. What's really important here is that most firearms will be lethal enough to get most jobs done, so if you want to use a Varmit Rifle (Mossberg MVP Predator) for most of the game, go right ahead.

It's not perfect, I should set it up on a curve so weaker hitting weapons do more damage and harder hitting ones do less, but I'm lazy and stupid.

I'm also manually editing all of Millenia's weapons one, because they're a must for me and otherwise they won't fit in.

Furthermore, armor is more important now. T-51b Power Armor now helps protect you against the 2500 joules of energy the lore states it can. This makes AP ammo still useful.

I'll probably have to go through and adjust NPC health values to equalize them and make them dependent on their armor. Or at least the most common ones, i.e. NCR soldiers, Fiends, Legion, etc. I'm not going to edit every single's NPC's health, way too much work.
Top

Thats so cool! Are you going to release these edits in mod form. Anyway so what are your thoughts on those leaked files?
Top

I intend to release it (would be a kinda jerk move to showcase it repeatedly and never give it to anyone else).

As for the leaked files, I've begun to not care/trust it. When Bethesda just announces Fallout 4 outright,then I'll get excited.
Top

At this point I agree with you when it comes to teases regarding fallout 4 it really is hard to trust anyone at this point. On a different note what will be the name of your mod?
Top

The current title has been Fallout Immersion Overhaul, not sure if it will be the final title. Another possible title is Fallout Reality.

I'm unsure of my entire goal with the mod yet. Part of me wants to make a mod that makes Falout closer to reality, as I may or may not be pushing to make my game feel more like The Last of Us (if it somehow escaped you, I really love that game). Another part of me just wants to make a mod that sticks with the lore entirely. I think it'd be a lot of fun to make an overhaul that changes everything to be more realistic, even the car models.

Oh, so another mod idea I'm super excited about trying to make; one that would change the landscape of the entire Mojave. It would provide us with an interesting followup to the There Stands The Grass quest. If we keep the research and give it to Hildern, we'd transform the Mojave into a vetible jungle. Of course the tradeoff is now loads of people are getting infected with the spores. I'd probably make different versions of the spore carriers to make them more diverse.

The problem is my lack of scripting knowledge and laziness might make me skip the quest parts and just change the Mojave regardless.

tl;dr I want to make it green dangit! 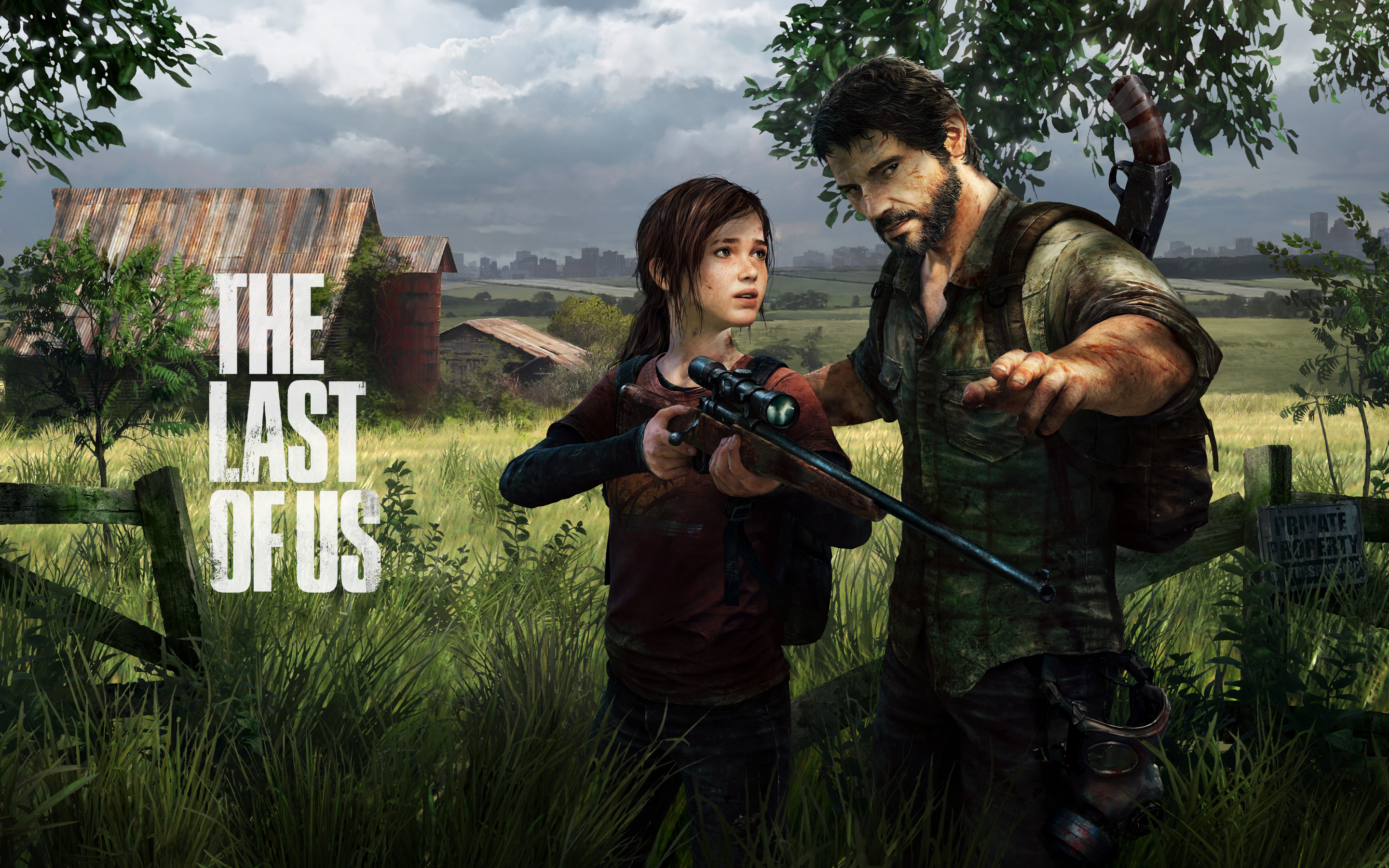 List of weapons in The Last of Us and any corresponding mods or vannila weapons for New Vegas if they exist.
-Mossberg 500
Hidden/Spoiler: -Colt Defender. It's a mini-1911 essentially. So either the .45 ACP Pistol from Honest Hearts, or this.
Hidden/Spoiler: -Tarus Model 66. Technically no mod of this, but the Tarus Raging Bull is close enough for me.
Hidden/Spoiler: Lastly but certainly not least, the Winchester Model 70. You might remember it from my showcase of Fallout Immersion Overhaul. It's the Hunting Rifle.
Hidden/Spoiler: Now, an idea I've had floating in my head for awhile is to make another new weapon that would be abundant in the Mojave in sensible places. It'd be throwable bricks. Usings bricks in The Last of Us (as well as glass bottles, though for a different reason) is very important. I also just like the idea of picking up and throwing bricks at Powder Gangers. You could only find bricks around the world, not with vendors. They'd be everywhere you'd expect them to be, and sometimes not.

One last thing before I go, I also intend to make the Climbing Axe from Tomb Raider (2013) as a melee weapon. Probably as good as the fireaxe in terms of damage, but slightly faster attacks.
Top

That whole mod idea sounds so interesting and would be awesome to see brought into reality. You should make it also so that when the Mojave becomes covered in grass a new settlement forms. Not one the size of Vegas but maybe one with tree houses like the ones the ewokes(not sure if I spelled that right but you know those little bear creatures from the star wars movie "Return of the Jedi") had and make it so the citizens are like the tree minders from fallout 3. Also have you heard of this game called "The last Of Us" because I think you would really like it

The Last of Us? Never heard of it. Post-apocalyptic dystopia with great, realistic characters? Nah, doesn't sound like my thing.

Your working on a fallout mod?! :O man...now im excited. If your previous work is any indication, your going to do something really awesome. Its really to bad my fallout : new vegas disk got scratched up recently, while I wait for money for a new copy ill be keeping an eye on your progress. So far it seems like a really interesting idea bro.
Top

As for the ''Greener'' Mojave Wasteland, the concept looks great but is there a tree with leaves asset in the New Vegas game files? If there is forget anything i said

If you need any help with scripting then PM me and i'll try to do anything i can.

As for Jane: Progress has been slow... but i am working on it, i am slowly making a plan about the interior for the bunker where Janes equipment is located. I am also thinking of ditching the ''Camp'' thing, but we'll see maybe i'll get it to work.
Top

Thanks for your advice. Making FIO compatible with EVE and CaliberX should be easy. WMX on the other hand... *shudders*


Now, there's 3 versions of my mod that I'm making.

Fallout Immersion Overhaul - No Stat Changes.esp. Only changes the names of weapons and chems, doesn't change any other values.

Fallout Reality - Standard.esp. The real thing. Its intention is to overhaul the game to bring it closer to reality, removing it from the Fallout universe as much as possible. As much as I love the Fallout world, I want something different. You would too if you have played New Vegas as much as I.

An example of Fallout Reality is to replace Nuka-cola bottles with cans of Coca-cola, and to replace their vending machines with modern ones.

These are all vanilla assets.
Hidden/Spoiler: As for Jane, I suggest you don't worry about the "camp" ability. There's other mods that meet those needs.
Top

Regarding the tree files werent there trees in Jacob's town. That ski lodge run by that super mutant Marcus that acted as a safe haven for all super mutants and night kin.
Top

So I realized something. Fallout Immersion Overhaul - No Stat Changes would conflict with so many mods it's not really worth it. I'd have to make patches for WME, WMX, EVE, and others. So I figure I'll just stick with the main ones. I might still release it, but ugh.

Some updates to the main mod though:

-Adding damage over time for most weapons. Only small amounts for small rounds like 9mm, but quite a lot for heavy rounds like .308 and .50 BMG. I also added this to melee weapons.

-Adding more weapon jams and jamming while weapon firing. Also small chances for them to jam when at full condition, and loads of jams at near broken levels. Or at least I'm trying to get this to work right. :u

-Ammunition prices have skyrocketed (by at least ten times usually). I had to balance out the more powerful weapons in a way that made sense to me. You need a lot less ammo to kill something, so carrying several hundred .50 BMG rounds will cost you a fortune at the prices they are now. Especially considering the Anti-Materiel Rifle (aka the PGM Ultima Ratio) does 1500 damage per shot right now. To put that in perspective, the enemy with the most health in New Vegas is in Old World Blues, and it's the Giant Robo-scorpion. Its health changes depending on the players level. At level 5 or below, its health is 1500. At level 50 it's 3500. So with AP ammo you could kill it in 3 shots at most.

-Ammunition weight rebalanced. Some made heavier, some lighter, all more realistic.

I'm going to have to start a new game to test the mod out properly soon. I should turn off all the mods I'm not going to be incorporating into FIO.

Return to Game Modding - Other