I know I already posted this in the Glamour Skins thread but I'm releasing it now. Here's my main reference:

Model's not very accurate but I think it looks okay.

A somewhat custom jetpack effect is included. If used for its intended purpose (as Durge), I recommend using the Wookiee skeleton. Feel free to do whatever with this asset but please give credit where it is due.

Special thanks to Deviss and Repsharpshooter for their hex editing tutorials and credits to NeoMarz for the pistol holsters featured on the model.

I think phase 1 clone is better to do this.
Top

Well seeing as Durge IS just a cartoon, this doesn't need to look like anything at all. It could be a jawa, and it still would somehow end up bieng durge. I think it looks good however. Just scale him larger!
Top

Next item up is an "energized" stun baton:
Hidden/Spoiler: 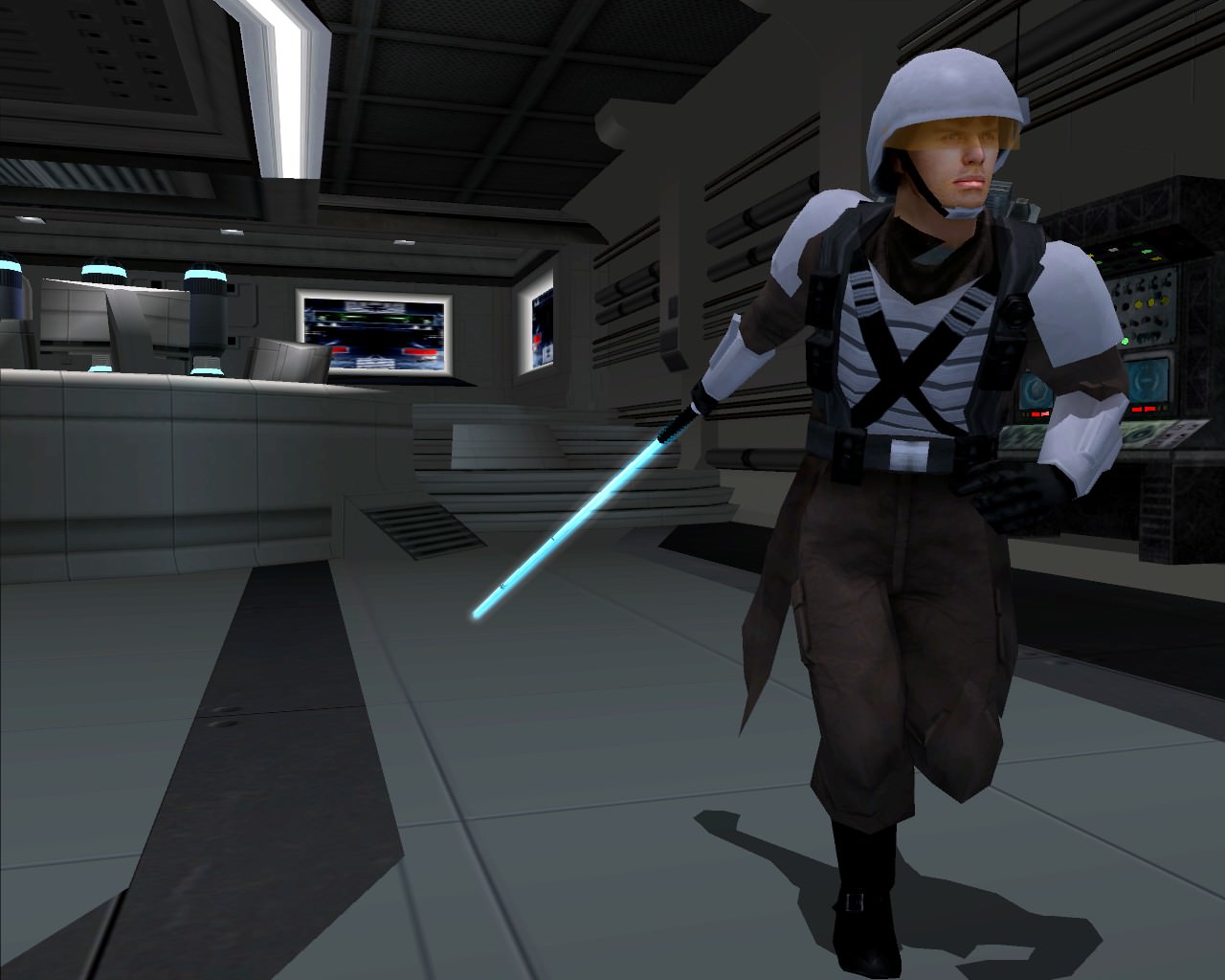 It's basically the force pike Taivyx released HERE, except one of the textures is now correctly in RGB format and mainly I took the liberty to fix the hp_fire so that the texture effect would line up with the blade instead of going out at an angle. So credits to Taivyx for the original force pike.
Top

AQT wrote:Next item up is an "energized" stun baton:
Hidden/Spoiler:

It's basically the force pike Taivyx released HERE, except one of the textures is now correctly in RGB format and mainly I took the liberty to fix the hp_fire so that the texture effect would line up with the blade instead of going out at an angle. So credits to Taivyx for the original force pike.

Always wondered why it was at an angle. Thanks, that'll be very useful.
Top

Awesome to have you making all these releases AQT. It'd probably be a little bit easier if you put your releases, or at least made a copy of them, in the first post...
Top

Any chance of the Phase 3 Dark Trooper?
Top

@lucasfart: I thought about it but I don't want to bog the first post. I suppose I could just post the individual links then.

@Lagomorphia: Maybe. You'll just have to wait and see.

Next item up is a pack of effects I used in The Exile's Voyage. I only included the ones I made/edited [with Notepad]. Screenshots:
Hidden/Spoiler:

Included, in order of the screenshots shown, are:


So 13 effects total. Credits to Sky_216 for his blue rocket trail and "blue nova" explosion effects which I used as bases. 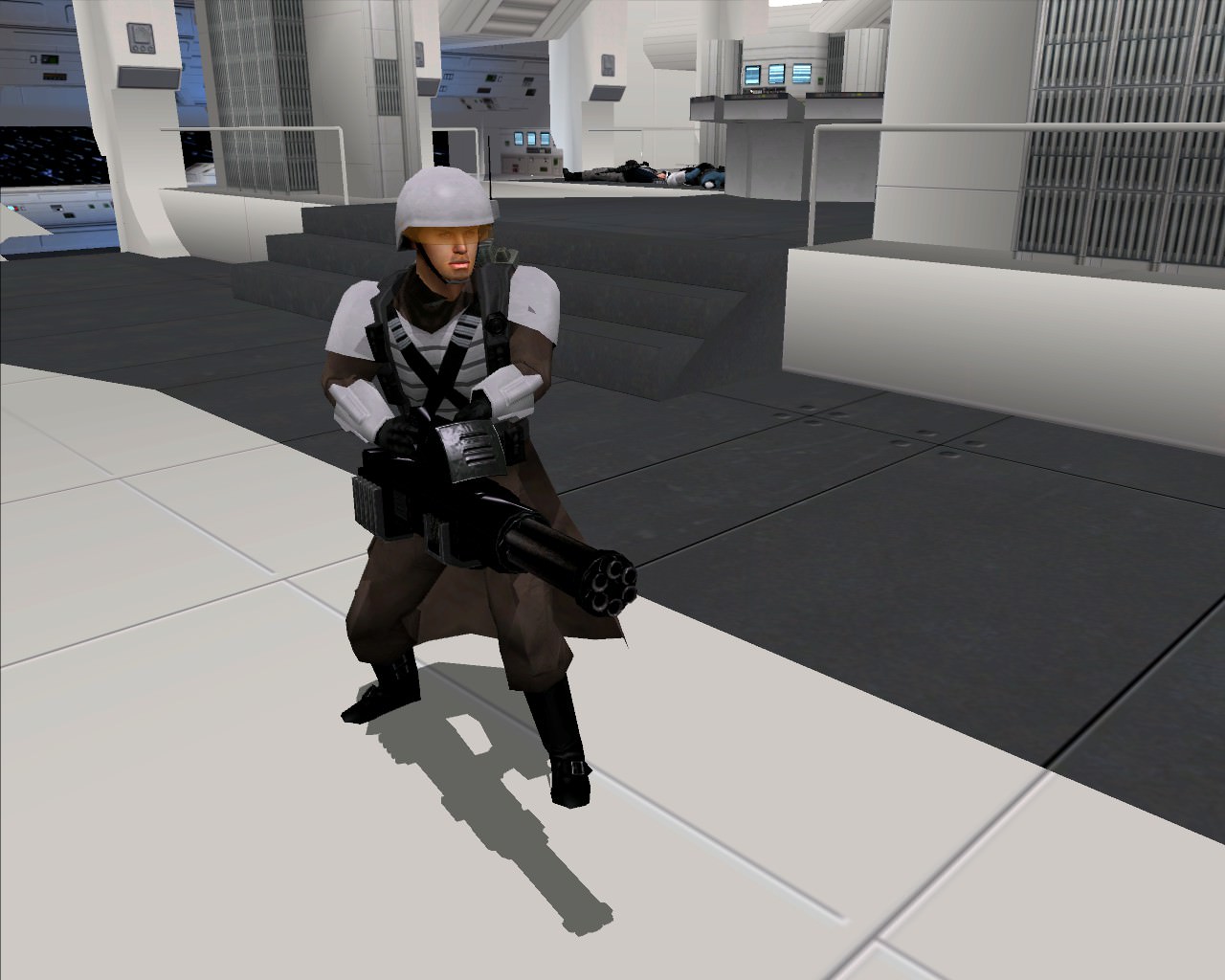 The kitbash was originally by Deviss. All I did was (aside from the new textures) remove the knee pads and the belt/holsters; and gave it the backpack from the Rebel Engineer, the cape from the Clone Commander, and the visor from icemember's Militia Saboteur model. So credits to Deviss for his original Militia kitbash and to icemember for the visor.
Top

I like the look of that militia, thanks for releasing these AQT.
Top

No problem, lucasfart, and thank you for your comment.

Next up is a weapon, the GCW equivalent of the DC-17m ICWS without the hassle of changing out attachments, the DLT-19 all-in-one weapon system or whatever you want to call it.
Hidden/Spoiler: 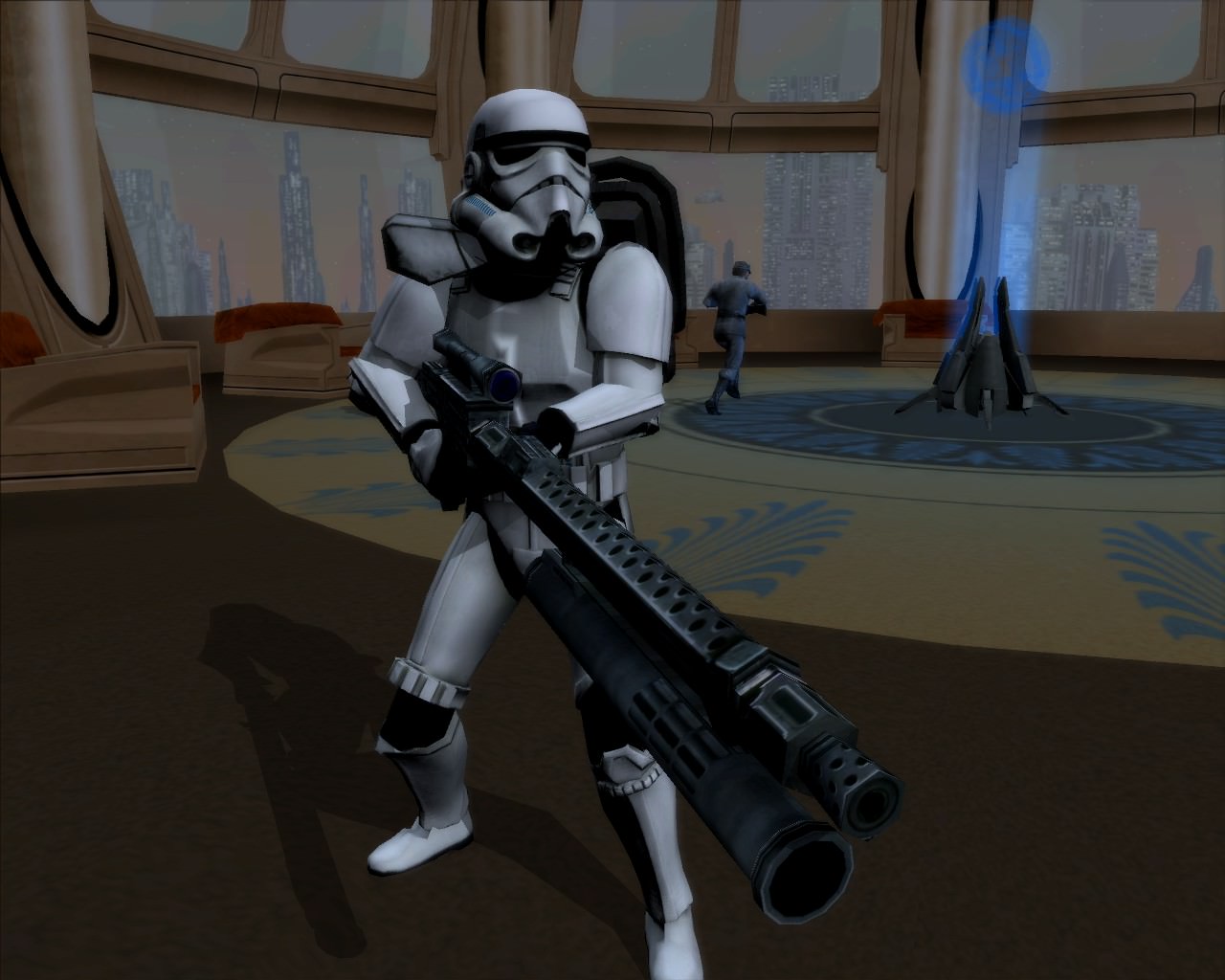 Basically this is Syth's DLT-19 with the Imperial sniper scope reattached to both the normal and first person model. And the first person model has been specular/bump mapped with Repsharpshooter's meshtool.
Top

whoa. Maybe you should pack this in a nice and neat folder and send it off to filefront. These are impressive.
Top

Thank Syth for most of the work. Attaching the scope was merely a simple hex edit job.
Top

you are an visual effect fan aren't you??

is much better than the original. Why don't you work for lucas arts??

ModTester wrote:how do you hex edit a scope on a gun?

These two topics should explain it well.

Of course it works, models used in both games are in the MSH format.

Anakin wrote:you are an visual effect fan aren't you??

EDIT: I removed the unnecessary folding stock from the shipped Republic pistol. Here's what it looks like:
Hidden/Spoiler:

I can see an awesome unit coming from all these release. Keep it up AQT!

thats going to be very useful

Skelltor asked for the following in the request thread so here it is, the Rebel SpecForce Marine:
Hidden/Spoiler: 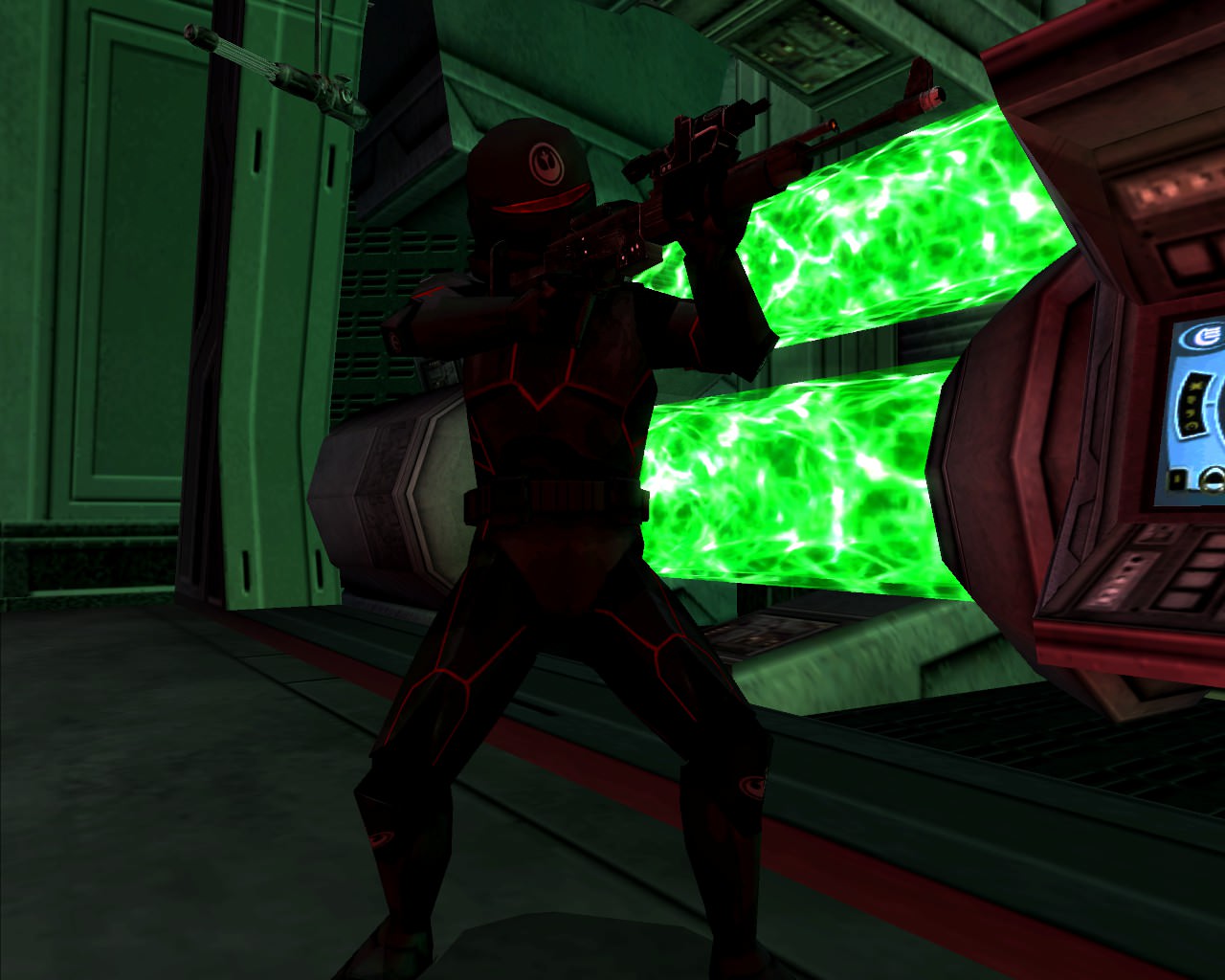 I originally made this skin for The Exile Voyage and impspy used it in his mod. The skin uses the storm-clone kitbash model by Deviss, which I enabled specular on to contrast against the darkness on the stock Naboo map.
Top

Your Spec Force skin is great! I'm going to put it to good use.