New maps and mods are coming out quickly. If you release something (even a beta) please post it here. Be sure to give details in the topic such as Map/Mod name and version

This mod will add Space Kamino to Instant Action. It's currently only available in Campaign mode, but I may add Assault mode and 1-Flag CTF in the future. This mod requires the unofficial v1.3 patch to be installed.

Space Kamino is a scrapped campaign mission that would have taken place after Mustafar and before Kamino, as one would expect. It was scrapped by June 24th, 2005 for unknown reasons. It's pretty similar to the Space Yavin campaign mission, as is the layout of the capital ships, so perhaps that has something to do with it. The files for the map can be found in every version of the game, but the Imperial hangar is misplaced and the Venator is incomplete. The mission script is only found in the PS2 Online Beta, however, and the voice overs are seemingly only present in the PS2 version. 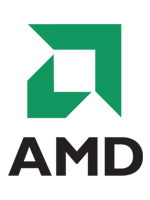 Oh man, I've been waiting for this. Thanks and Merry Christmas!
Top

The voiceovers seems to work for me. The only complaint I have so far is the Republic's landing region should be enlarged, I crashed a bunch of times trying to land.
Edit: Yeah, can't get to the shield object either, the internal doors are locked.
Top
Post a reply
3 posts • Page 1 of 1