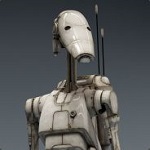 Hello, everyone! It's been a very long time since I last posted about this project. But I think it's about time I get back to working on it.

Custom Battlefront (formerly Infantry Modification) is a mod intended to give players freedom to create unique infantry and hero class in-game via the game's menus. Choose your own primary weapon, secondary weapon, two types of equipment, and a unit ability for infantry. And select a Jedi/Sith master for animation style/lightsaber type, force abilities, and a blade color of your preference for heroes. I'd like to add a save feature and additional slots for custom units/heroes, but I haven't found a solution yet. When the mod is complete, I will upload the assets utilized to create it; every single one, allowing anyone to modify, destroy, munge, and do whatever they like with the mod's foundation.

For a visual example of how this mod works, watch this old footage of the mod back in 2014. It hasn't changed much since then.
https://www.youtube.com/watch?v=j9W3RGWN5oU

Note that there are plans for Appearance customization (as detailed in the ReadMe) but my focus at the moment is polishing the core gameplay mechanics.

2. Place the ZCM folder in your addon folder.

3. Run the game and play any stock mode.

1. Remove the ZCM folder from your addon folder.

THIS MOD IS NOT MADE, DISTRIBUTED, OR SUPPORTED BY LUCASARTS,
A DIVISION OF LUCASFILM ENTERTAINMENT COMPANY LTD. ELEMENTS TM
& (C) LUCASARTS, A DIVISION OF LUCASFILM ENTERTAINMENT COMPANY LTD.
I need a handful of people with time on their hands to find bugs, identify crashes, and determine where the mod needs polish most. While I would rather the files stay private, I recognize that there's nothing I can do to control its re-upload and distribution. All that I ask is that you don't post this mod publicly or take credit. I want the first public release to be perfect.

If you'd like to participate in the Closed Beta, please add me on Steam so we can talk. I'll provide you with a link if you can do what's needed.
http://steamcommunity.com/id/glitch25/
Top

OMG, that is a really cool concept. Idk why i never read about that before. Would it be possible to make pickup weapons with this??
So everyone has 1 or 2 stock weapons and the 3rd slot is used for pickup??
Top

Anakin wrote:OMG, that is a really cool concept. Idk why i never read about that before. Would it be possible to make pickup weapons with this??
So everyone has 1 or 2 stock weapons and the 3rd slot is used for pickup??

This won't change anything in that regard. This is still modifying things on a class-based level - you can't change individual units without modifying a whole class. Only a few properties are instantiated for individual units (health, shields, etc.), and weapons are stuck and will always be stuck as a class property.

OP - not to be a buzzkill. Your implementation is neato! Might be fun to add a random option as well.
Top great way of changing things! It would be great if the skin changer worked this way too!
Top
Post a reply
4 posts • Page 1 of 1