Wanna give you and updated guys !!!
The environment and ODF placement is about 50% done guys !
already this map is SOOOOO FUN !!!

If one word describes this map its CHOAS !! this map is straight Chaos guys - storming the beach as the droids is so fun ! Once you play this map you will realize that EA made a mistake with the unit count - THAT'S WHAT KASHYYYK NEEDED ALL ALONG
I can imagine all the starfighters and juggernaut missiles now !!

This isn't even its final form !!

You think is looks good now guys JUST WAIT until the next set of pictures come's out (:
*Smoke and fire !
*Proper sky, lighting, and sun placement !
*A lots of textures !!

After I gent the environment and ODF placement done I will work on all spawning and the program related stuff to make the level work like EA's. Then i will add the final touch ups such as vehicles, barriers and paths, as well as slight tweeks to the units - I pulled them right from naboo so they are pretty much already done.

After that I will send out all the early alpha's just like I did to naboo - ANYONE who posted on either here, my crait post, or my naboo post, qualifies for the alpha and If you DIDN'T post and still want an alpha just ask me and ill put you on the list

. If you DON'T want one and you posted on any of my post then please tell me

The version that will be made public will be 0.5 !
I am in process of making the mothership interior and because of this it probably wont make it into the beta soooooo sorry same with the juggernaut's

- dont worry I'm sure you guys will have TONS of fun !!

WARNING This map does slightly lag on my gtx 1050 laptop !! MEANING YOU WILL SEE AN FPS DROP WHEN YOU PLAY - this map literally has everything and is pushing the engine to the limit - its not a "problem" with your computer its more a problem with the efficiency of the engine. I will try to optimize but that will be after the beta guys so you will see lag ! I recommend a 900 series card or up ...
Top

The map is beautiful! Great work as always but I just have a few complaints

Heavy trooper - They stand out too much cause they too green and it looks retarded but hey, thats EA's fault not yours

Wookie - WHERE DEM WOOKIES AT?

Jet trooper - They feel out of place with the red skin instead of green but hey, that EA being lazy

Now that I think of it I just have one complaint and at this point, you should consider remaking the whole game. Or at least make all the multiplayer maps

EDIT
Forgot to add, will you being making a day and night version of this map?
Top

@ Huscarl
YEAH I don't like the fact that EA was lazy and what not but the models still look pretty good so shout out to Deviss and Needo who worked on those !!

dem wookies are on the way. So if you watch closely or have played the new battlefront 2 you will notice that there are ai "fake wookies" on the left and right sides of the beach fighting off the snail tanks - those will be added in similarity to how i did the civilians in my assault on Theed !
Day night - YES i want to do 70% Day chance and 30% night chance !! - this probably wont be in the beta and alpha but closer to the release this will be added

there will also be A SUPER FUNNY EASTER EGG by the way guys !!
What do you guys think of the hero's - Yoda and Kylo Ren ???

As for recreating the WHOLE GAME ... probably not EVERY MAP but you can expect more maps from EA's battlefront 2 !
I want to get Naboo, Crait and this are at least 80%-90% done before I work on the next two or three !

Kylo Ren would be a great hero. I really enjoy his unmasked skin in game; makes him look like a knight (of Ren). There's some really good models on JKHub that I'm sure you can convert to BF2; with permission of course.
Top

I feel like Kylo Ren would be for Starkiller base if you are making Starkiller so idk. Bossk like u said earlier might be better.
Top

Hey Lorul1 could I be on the list for the alpha as well? Your maps are looking amazing and if they are even close to as good as Battles of the Storm, you have a real gem on your hands.
Top

I think kylo ren and yoda would totally fit this map and I was wondering if you were going to get the dc 15s from battlefront 3 yet, nice job on this map looks like a lot of fun and when do you think the release will be for the alpha.
Top

Thats true but if a Starkiller base is coming, then I would really like to see Kylo Ren on there.


EDIT
Now that I think of it, wouldn't it be cool to put all of Lorul1's maps into a galactic conquest era?
Top

Huscarl Kylo ren would be perfect for starkiller base ! and to continue the cross - era hero thing I think the most poetic cross era hero for the resistence would have to be han solo
It would be pretty cool to do galactic conquest

... I'm not sure how to munge that and how it would work with my custom units but it would be cool

Kylo Ren and Yoda (from Deviss) Have been added as the hero's
I can only tease them right now !

I really went all out on kylo - giving him the voice of dooku which actually works pretty well and I also decited to replace his lightsabe sound with a cracling fire ! - It suits him well ! right now he uses dooku's animation. I decited not to use vaders because vader walks around and is pretty slow while kylo in EA's battlefront is fast I think dookus animation fits kylo because its similar to vaders yet fast ! anakin's animation might work better here though what do you guys think ???

For the gameplay I did deviate - just a bit, adding some extra turrets where they aren't supposed to be as well as moving the MTT's back at the start of the map just in order to have the beach fight last a little longer.
The juggernauts will be turrets using the drivable missiles like the ones Chewbacca has, I will try to edit the smoke so that it leaves a trail ust like in EA's battlefront.

Taking the beach as the droid's is as epic as these pictures look guys and It's the most fun I've had in battlefront in a long time ! I know you guys will enjoy this map

ENVIRONMENT : (The pic with the tress is not up to date - the leaves are a darker green)

I don't quite know when the playable alpha will be. How thing are going now I would guess ... some time next week ... possibly !
I will be finishing up the wookies, snail tanks, and odf placement today as well the starting on scripting the actual movement of the map !
Tomorrow I will probably be adding vehicles and improvements to the units as well as the interior of the republic mothership
assuming the 3d modeling goes well the next few days from there will probably be some extra polish, light translations, the Easter egg, proper lighting, cool tricks, attention to detail, etc.

Hero's vs villains will NOT be added ... I don't even have plans for that right now , I am however working on hero's vs villains for naboo ! I also would like to announce a new mode I'll be adding to all my BF2 2017 Maps : "Classic Conquest". This mode will set the camera in normal BF2005 view and use the default weapons and classes on the re-skined troopers ! I know some of you love that classic gameplay so I want to add that mode to This map , Crait , and Naboo !!

But sadly in order to get this out fast , that idea, juggernaut interiors, and the day and night thing will be implemented in version 0.4 (the one you all will play)

. Although, using Anakin or Darth Vader is actually like u said earlier "poetic" cause Kylo comes from the line of Skywalkers. Maybe u could use Vader if u can find a way to make his speed a little faster. Kylo's missing his cape btw.

Great Job on the map, I really can't wait to play it

and I will take this opinions in and try to do what I can, maybe not for this update but for the next.

Kylo can also be shown off now :

Dem Wookies have been added along both sides of the beaches:
Hidden/Spoiler:

More odf placement and the map is now scripted so the units move ! :
Hidden/Spoiler:

Republic Space Cruiser made by Dragonum
This maps is ZOOMING ALONG in terms of production so It looks like you guys will be playing the alpha next week !

My goal is to just keep putting out maps - yeah they might not be "DONE DONE" but they are done enough to get the point across and for you to have a lot of fun!
Because of this - I've also already started Jakku since this map is nearing a playable completion ! And once I'm nearing the end of Crait (probably by the end of this month) I will hopefully be starting Mos Eisley so get hype guys. In stead of posting individual threads on WIP , I will do what thelegend did for his BF3 Project and just make one big thread. But before I do I want to get more work on those maps done so I can set a good example and follow the rules.

The legend already has "legacy" copyrighted .
ill think of something else

I am so hyped right now can't wait any longer!

. Just realized that u used Delta's Kylo but with Dooku's stance.

Maybe u should call the project "The Good Battlefront 2" or somewhere along those lines just to destroy EA even more.

Love how this is all coming together!

U know what be cool? If u make Last Jedi skins for Rey and Kylo. Also, I just realized what was missing on Kylo. His "skirt" or however that's called and his mini cape to go along with it.
Top

So similarly to how deviss is the one behind the clone wars model in this project a modder by the name of missingtexture has provided me with super cool first order and Resistance models
So kylo has been completely replaced !

More of his amazing work can be seen over on the Crait WIP chat !! 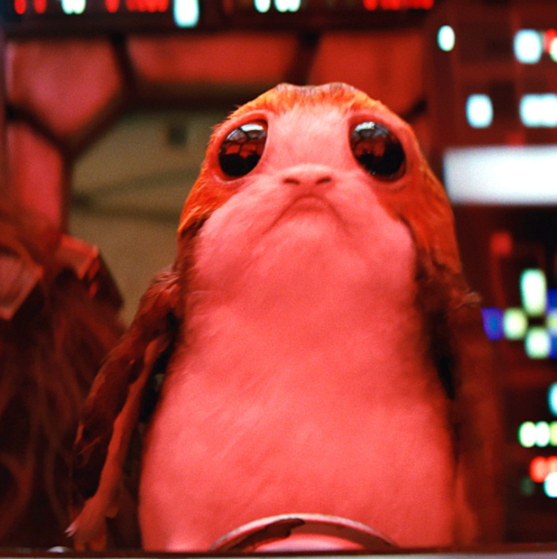